Amélie Savoie of Lowe's Canada: a first participation that breaks all records

Although she has supported and encouraged several of her colleagues participating in the Tour CIBC Charles-Bruneau in the past, Amélie Savoie had never before taken the plunge on the cycling side. Amélie will finally complete her first edition on the 80-km Découverte Boucherville trek, which can already be described as exceptional. For months now, the Lowe's Canada employee has been at the top of the fundraising charts, with a historic total of over $116,000. Interview with this passionate and determined woman.

What motivated you to take part in the CIBC Charles-Bruneau Tour for the first time this year?

Although I'm not a cyclist, I've always encouraged my colleagues in their fundraising efforts for the Tour. I really admired them for participating in this event and I found the energy of the team to be contagious. When I decided to get a bike earlier this spring, I thought that participating in the Tour would be a great personal goal and a good opportunity to make a difference for children with cancer.

Several Lowe's employees will be participating in the again Tour this year. In the lead-up to the event, do you feel the impact of this collective participation on work relationships and team spirit?

Many of them are already colleagues that I interact with on a daily basis. It allows us to connect on another aspect than work and to get to know each other better! It's a great camaraderie that develops between team members. 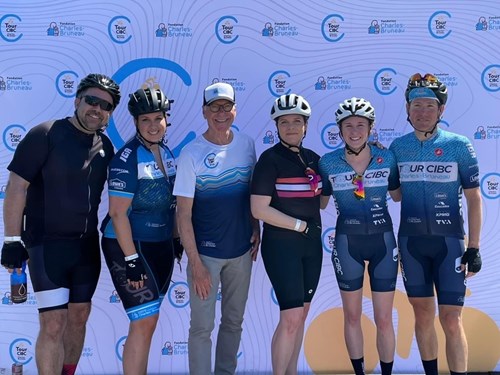 You have the biggest fundraiser for the 2022 edition! How did you achieve such a success?

First of all, I must admit that I didn't expect this at all! I started by posting on social networks to invite people to encourage me for this first participation. I then contacted people in my professional network to sponsor Team Lowe's Canada, and I was more than excited by the positive and generous response I received. Even when companies donated, I felt that it came from the heart and that they were supporting me in my challenge to ride 80 km, as a beginner.

This wave of encouragement gave me the motivation to continue to contact people personally in order to collect more and more donations. The members of my team also put their shoulder to the wheel by contacting other suppliers so that we could reach as many people as possible. So I can say it was a team success as well. I shared with them the progress of my fundraising every day.

What would be your biggest piece of advice for someone starting a fundraiser?

Don't be afraid to reach out to those around you and contact them personally. Raising money for a cause like the Charles Bruneau Foundation touches people. They find it important. No matter how much they give, it is done with heart. When we do it for the right reasons, people feel it and support us. 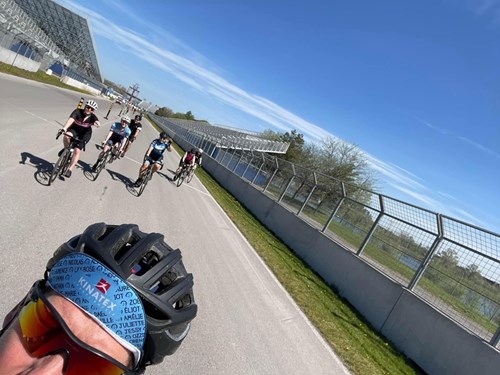 The two largest collections were raised by you and Jonathan Durand, your colleague. What do you think makes you two stand out so much?

I'll speak for Jonathan. Jonathan is an outstanding ambassador, he motivates and mobilizes the team in a great way. Not only is cycling an important part of his life, but the cause is very important to him; that's why he's been involved for several years now. His dedication and motivation inspired me and I was happy and proud to be part of his team and to participate in this fundraiser with him. There is a little competition between the two of us of course, which makes our respective fundraisers go up.

Do you have any words for the children with cancer or the cyclists who will be riding for them?

The children are our future, the ones who will take over and who, until then, must live their lives as children, learn, discover, have fun. I hope that all the cyclists who participate in the Tour can contribute to their happiness. Riding 50, 80, 140, 300, 600 or 900 km is nothing compared to what they have to go through every day. I want these children to know that we are there for them and that we want them to get better so that one day, maybe, they can also ride a bike with us.

Thank you to Ms. Savoie, to all her teammates and to Lowe's Canada for their precious involvement. Follow this link to cheer on the Lowe's Canada team during the Tour CIBC Charles-Bruneau.

See all the news

Please stay on this page during payment.